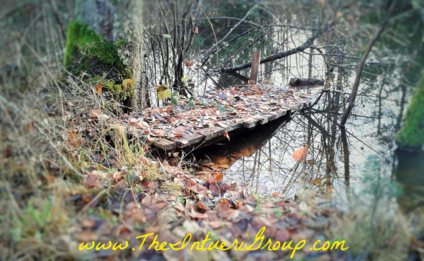 The “About Us” page of a company’s website can be not only interesting but highly informative.  After all – it’s the opportunity to showcase what a company really wants you to know about them.  It was here that I found myself having to take a second glance at this relatively unheard of entity. Actually, I spent a long time exploring what they had to say and show – I’m big on visuals and they didn’t disappoint! In the end, it was a bold, simple statement that really got me, and shed some light on my original question.  “…. we are family. Literally. Many of us are not only connected by product ties, but also by blood”.

Blood!?  Had I stumbled upon a coven of vampires? Wasn’t family favoritism stamped out in the ‘80s? Didn’t anyone tell them that it’s not ok to go advertising one’s ‘thicker than water’ connections?  We all know it’s not nice to use the “N” word.

Say the word nepotism and you have everyone’s attention. Going back as far as records will allow, the concept of preferential treatment for those with family connection, has been wide spread, common practice, and the source of many conflicts. Whether in the political halls, religious houses, or employment arena, showing favoritism towards – well anyone – is not known to be ‘best-practice’.  Or is it?

YOU CAN CHOOSE YOUR FRIENDS
In employment, and specifically small, family run business environments, nepotism/favoritism looks like increased opportunity for a job, or greater compensation than others in a similar role – in short, where such advantage is not merited. In businesses that have been around a while, cronyism (partiality towards friends and associates), and the "ol' boys club", is still common. Favoritism, cronyism, and nepotism have been argued to undermine the common good. Probably the biggest dilemma presented is that few people see it as a problem. Connections, networking, family-almost everyone has drawn on these sources of support in job hunting, career advancement, or business promotion.

Thus, a logical argument can be made both for and against the practice. On one hand (the pro), you have the stability, security, and continuity it can provide; on the other hand (the con), the decreased morale and lack of commitment the can occur from non-related or disfavored employees.

IT'S NOT WHAT YOU KNOW, IT'S WHO
It’s not hard to point to instances where cronyism or nepotism is an accepted fact of life – and one that would appear to work well.  In the US, former President JFK, for example, appointed his brother Robert as attorney general. Prime Ministers and Premiers in Canada have long appointed Senators and named close (elected) associates to key cabinet positions. Mayors put those they know and trust on citizens committees and commissions. CEOs usually surround themselves with people referred to them by trusted centers of influence or those they have worked with before – a handpicked team. Friends and family can usually be counted on for loyalty.

Outside the North American merit based system, norms and practices of favoritism like those found in China’s and India’s cultures (familial piety in the former, kin nepotism in the latter) operate amidst virtues such as loyalty, honor, and compassion, and have centuries of seeming success to show for it. In the Arab world, nepotism is often viewed as an illogical concern. The cultural obligation to look after one’s family outweighs other concerns. Of course one would favor family - that is what family does; the right thing to do.

So what's the problem? Have we confused a need for fairness with the desire for equality? Why would favoritism and its cousins be a commonly accepted practice around the world, yet have acquired such a bad reputation here in Western culture?

BRAVE NEW BENCH STRENGTH
Regardless of your position on nepotism, whether for or against or even undecided, the fact remains that every business will eventually need to grow. Developing a culture of transparency, equality, and fairness is a tall order but something that most North Americans have come to expect.  Promoting your business as one that is strongly rooted in familial or friendly relation can send mixed messages to potential employees, vendors, or suppliers.

No matter how well intentioned we are in hiring friends or family to work in our small business, it's a slippery slope, if other employees perceive this act as just the first step in a long road of favoritism. When pre-existing personal relationships appear to take precedence over actual qualifications in the hiring process, the adverse effects on morale are likely to be felt by all parties involved.

So, back to my original discovery of this local, family run business; I think they may be on to something.  Although their approach is understated, they are bucking the trend and choosing to stay true to their roots; to unashamedly promote the success and stability that comes from surrounding yourself with those you know. The worry is – will they be prepared for the eventual pushback that will occur when it’s time to bring someone new into the fold?

Stay connected for Part 2 of “It’s all Relative”, where we explore the Family Succession Plan and the challenges around transferring the business to the next generation.

Recently, I came across the website of a small, local business. The landing page wasn’t flashy, they didn’t have e-commerce tags or videos running at every corner, and they didn’t rate highly on a quick social media scan. At first glance, they appeared to be a start-up; simple, perhaps not even that interested in differentiating themselves from the competition or developing an organizational brand.  What was their competitive advantage?