Let’s start with some of the US monetary policy. The US Federal Reserve has put into place a program that channels $85 billion dollars a month into buying up securities in the financial markets. It is the most aggressive quantitative easing program in American history, literally spending trillions of dollars to try and boost the American economy. After several years of this aggressive quantitative easing program, we are at a point now where the economy still can’t accelerate. The Fed’s asset-buying has kept the prices for longer-term bonds in the U.S. high and yields low. Canada’s bond market moves in tandem with the U.S. market, so the low long-term yields in the U.S. have kept Canada’s long-term yields low. Thus consumers in Canada have enjoyed low interest rates which have fueled low mortgage rates and a robust housing market.

The world stock markets seem to react negatively to any notion of this tapering process. However, the tapering process can likely help Canada switch from growth fueled by household consumption and the housing market to one driven by exports and, hopefully, business investment. Tapering should push up the value of the U.S. dollar compared to the Canadian dollar, making made-in-Canada products and services cheaper for Americans than they’ve been for many years.

DISTRACTIONS
In North America we have interest rates at record lows which should have been sufficient to allow consumers and businesses to borrow, spend, and drive the economic renewal. Corporations however, seem unwilling to dip into their retained earnings and engage in expansionary buying and investing; banks appear reluctant to loan, and international investors seem cautious. Why?

One of the more important answers is the political drama in Washington which regularly takes center stage. The increased political uncertainty is a huge speed-bump in any attempts to get the American economy up to speed. While there are temporary deals between Democrats and Republicans, nothing has been solved definitively—and we’re sure to see more bickering between politicians over the next few months.

With this backdrop, can we really believe that the American economy will begin accelerating in 2014? Corporate and private investors tend to sit idle until political scenarios stabilize. Fiscal policy becomes suspect and cannot be relied upon as a long term measure to increase sustained economic growth. I believe that until they feel confident in the ‘political machine’ in Washington, the US economy will continue to struggle.

2014 AND BEYOND
If the trillions of dollars spent over the past couple of years haven’t generated any growth yet, I don’t see many reasons to simply assume that everything will be alright in a few months.  I don’t believe that the US economy is anywhere near strong enough to stand on its own legs. The US economy is symptomatic of a chemical dependency, addicted to the extremely strong stimulant of quantitative easing being pushed by the Federal Reserve—that’s all that’s holding the U.S. economy up. The euphoric illusion of the US stock markets continues masking the economic cracks still at the heart of the problems. As a result of no clear economic growth or momentum, we’ll see more and more money pushed into the stock market in 2014 simply because quantitative easing by the Federal Reserve is still running at full speed.

As long as quantitative easing is in place and the US government continues to be hampered by political battles in Congress, I foresee a bumpy ride for the Canadian economy in 2014. Our economic growth is tied to the US in many ways over which we do not have control.  As soon as the US economy sees some consistent growth in important economic sectors in 2014, the signs are good that tapering will occur and this is a good sign for Canada.

In the simplest of terms our economy cannot be sustained forever by home sales and personal consumption because eventually low interest rates will give way to higher ones and the asset bubble will burst.  We do not want to experience a Canadian version of the US housing crisis. For our economy to experience healthier growth we need our exports to increase to stimulate our Canadian economy and balance off the inevitable future rise in interest rates. 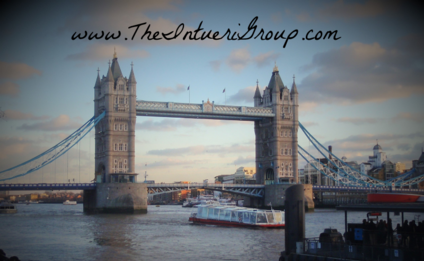 A TALE OF TWO NEIGHBORS

What can we look forward to in 2014? How is the American economy going to affect us in Canada? There’s that old saying that “to succeed and move forward we must learn from history and other people’s mistakes”—that’s what we have here. The US economy has a direct financial impact on Canada; accounting for over 70% of Canadian exports and more than 60% of imports. In Canada, as investors and business owners, we definitely need to monitor the economic recovery of the US as part of our planning process. ​